You say “potato,” USPTO says … “dough”: when the broadest reasonable interpretation is unreasonable 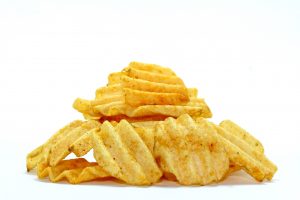 The USPTO examiners use the broadest reasonable interpretation (BRI) when construing claims during examination of patent applications.  The BRI standard requires consideration of the “broadest reasonable meaning of [a claim’s] words in their ordinary usage as they would be understood by one of ordinary skill in the art, taking into account whatever enlightenment by way of definitions or otherwise that may be afforded by the written description contained in the applicant’s specification.”1

However, the USPTO frequently assigns the broadest possible interpretation without considering the specification.  An overly broad interpretation can significantly expand the universe of prior art and render the claim unpatentable.

One recent example of an overly-broad BRI is in Ex Parte Barber2, the application claimed a potato chip comprising a potato slice.  The PTAB overturned an examiner’s interpretation of “potato slice” as encompassing sliced, fried dough that included potato flour, potato flakes or potato starch as an ingredient. The PTAB reasoned that the ordinary meaning of potato slice was “a thin flat piece cut from a potato.”  Id. at 6. The PTAB then consulted the specification to see if there was a definition that expanded this ordinary meaning and did not find any.  The PTAB reversed the obviousness rejection because the prior art’s disclosure of sliced dough did not read on a potato slice.

See PPC Broadband, Inc. v. Corning Optical Communications RF, LLC3 (emphasis added).  And in In re Smith Int’l, Inc.4, the court concluded that the ‘protocol of giving claims their broadest reasonable interpretation . . . does not include giving claims a legally incorrect interpretation’ divorced from the specification and the record evidence.”

In recent years, the Federal Circuit has frequently reversed the USPTO for adopting interpretations that are too broad and/or unreasonable when viewed in the context of the specification. Applicants can, and should, rely on this precedent, summarized below, in instances where the BRI is unreasonable.

In sum, the BRI cannot be the broadest possible interpretation, nor can it be an interpretation divorced from the specification.  The BRI cannot defy the patent’s teachings nor encompass an expressly disclaimed embodiment in the specification.  It appears that the Federal Circuit is attempting to bring the BRI closer to the Phillips v. AWH[9] standard used in courts for construing issued patents, which relies heavily on the specification and file history to interpret claims.  As such, Applicants should define terms, or at a minimum, use terms consistently throughout the specification and file history to be better positioned to overcome an overly broad or an unreasonable BRI based on a dictionary definition.