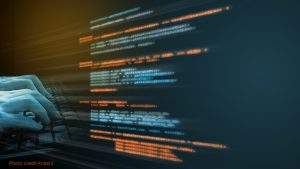 Copyright protection of software code is an important question for companies to consider. In favor of “open source,” are Linux which freely shares the code for operating systems, allowing users to modify it, and in the view of the proponents of open source licensing, propel innovation.

On the other side, many companies see software code as an important intellectual property asset that must be protected. However, the mercurial nature of software code complicates this debate, e.g., software code is often updated, changed, and modified faster than the IP rights can keep up with the changes.

Enter Google v. Oracle, a Supreme Court decision where the Court, assuming that Oracle’s code was entitled to copyright protection, ruled that Google’s use of Oracle’s code was permissible under the fair-use doctrine. In favor of Google was the miniscule amount of code copied (only about 0.4% of the total lines of code) and the purpose of creating a new platform (a transformative work). This decision may tip the balance in favor of more open-source software to allow more parties to operate in the environment.

Alternatively, it may favor trade-secret protection of software and contract restrictions on the use of the code. Regardless, this decision suggests that software developers may enjoy similar fair-use privileges enjoyed by authors.

Google v. Oracle, Case Number 18-956 in the Supreme Court of the United States.