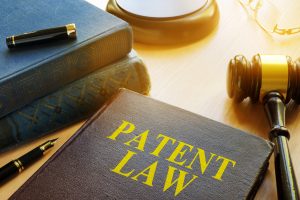 Last week, the Court of Appeals for the Federal Circuit released a precedential decision holding, inter alia, that the USPTO Patent Trial and Appeal Board (“PTAB”) “erred by instituting inter partes review based on a combination of prior art references not advanced in [petitioner’s] petition.”1  In Koninklijke Philips N.V. v. Google LLC, the Court noted that “it is the petition, not the [PTAB’s] ‘discretion,’ that defines the metes and bounds of an inter partes review.”2

In addition to instituting review on both grounds raised by petitioners, the PTAB instituted on a third ground not raised by petitioners:  “[W]e exercise our discretion and institute an inter partes review on the additional ground that claims 1-11 would have been obvious over [the first and second prior art references] based on the arguments and evidence presented in the Petition.”4  That is, the third ground on which the PTAB instituted review was a combination of the first and second prior art references; this combination was not advanced by petitioners in their petition.

At the conclusion of the review, the PTAB determined that the challenged claims were unpatentable based on the second and third grounds.

The Court held that the PTAB erred by instituting review based on a combination of references not relied upon by petitioners.  Citing to the Supreme Court’s decision in SAS Institute v. Iancu for support, the Court noted that the language of 35 U.S.C. § 311(a), under which a party may request inter partes review, “does not ‘contemplate a petition that asks the Director to initiate whatever kind of inter partes review he might choose.’”5 Indeed, it is the petitioner’s petition, the Court noted, and not the Director’s discretion, that “is supposed to guide the life of the litigation.”6