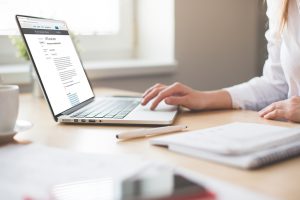 The Patent Public Advisory Committee (PPAC)[1] released its annual report covering fiscal year 2020 (October 1, 2019 – September 30, 2020) on October 30, 2020.  The annual report summarizes the PPAC’s review of various topics relating to U.S. patents, including quality and pendency, innovation expansion, artificial intelligence, information technology, international affairs, trials and appeals, legislation, and finance.  In its advisory capacity, the PPAC critiques USPTO performance and offers its recommendations for the maintenance and improvement of the USPTO’s role in the U.S. patent system.

Like many previous PPAC annual reports, this year’s report contains a plethora of information, mostly laudatory critiques of USPTO policies and improvements.  Below are some nuggets from the report that we wish to highlight for the convenience of our readers.  (The below list is by no means an executive summary of the report, but rather a curated selection of issues gleaned from the report.)

For the first time, artificial intelligence (AI) is a stand-alone topic in PPAC’s annual report, resulting from PPAC’s introduction of an AI subcommittee in January of this year.  In this year’s report, PPAC focused on two AI areas: tools and policy.

With respect to AI tools, the report highlights the USPTO’s implementation of auto-classification of patent documents and enhanced prior art searches.  Data are not provided in the report for either implementation.  Nevertheless, the report notes that USPTO “data and feedback have validated the capability of AI to auto-classify patent documents with comparable accuracy to human classifiers.”  Similarly, the report indicates that enhanced prior art searches “will improve the quality of each patent by facilitating more thorough and comprehensive prior art searches.”  Because this year’s report does not contain any data or other metrics for evaluating the USPTO’s implementation of AI tools, it is difficult to assess PPAC’s evaluation of USPTO AI tools.  Indeed, the PPAC hints at this deficit in its report:  “the PPAC urges the USPTO to provide additional information on the costs, rationale, and estimated return on investment (ROI) of its key AI initiatives.”

With respect to AI policy, the report merely summarizes solicitation of public feedback by the USPTO.  No evaluation of USPTO AI policy is provided in this year’s report.

As AI is a hot topic in the patent community, we look forward to a more comprehensive assessment by the PPAC of the USPTO’s AI initiatives in next year’s annual report.

The report highlights the USPTO’s conundrum in which its surplus funds (i.e., fees collected in excess of authorized expenditures) are maintained by the U.S. Department of the Treasury and require Congressional approval for USPTO access to the funds.  According to the report, the balance of this fund is just over $1 billion.  The PPAC strongly recommends that Congress make these surplus funds available to the USPTO and has sent letters to the relevant Senate and House subcommittees requesting that the funds be made available to the USPTO.

Despite improved examiner resources (e.g., Patents End-to-End (PE2E) Search), “an uptick in productivity during the pandemic,” and only a 0.7% increase in filings (compared to FY2019), the average first-action pendency slipped from 14.7 months in FY2019 to 14.8 months in FY2020.  Total pendency, however, improved from 23.8 months in FY2019 to 23.3 months in FY2020.  The report also notes that the USPTO has shifted from evaluating pendency in terms of average pendency to guarantees of timeliness consistent with the American Inventors Protection Act (AIPA).  The USPTO hopes to achieve 90% compliance with AIPA guarantees by 2025; the PPAC notes that in FY2020, the USPTO’s overall AIPA compliance was 83%.

In its report, the PPAC observed that the data show that “only 77% of office actions reviewed by OPQA are statutorily compliant.”  Yet the report glosses over the 5% decrease (from 82% to 77%) in compliance in the last two years and instead highlights the beginning of a rollout of improved search tools for examiners in FY2020.  While the introduction of a next-generation search system did not result in improved pendency or quality, the PPAC is hopeful that full implementation of the improved search system will improve statutory compliance and patent quality.

The report notes that a variant of the PE2E Search tool will be made available to the public, with an estimated release date toward the end of 2021.  As the report suggests, practitioners utilizing the new search tool may be able to expect more predictable results since the tool will be a variant of what is used by examiners.  According to the report, PE2E Search provides Highlight Text on Image (HToI) to precisely identify where a passage is found in a source document, includes full image and full English translated text of 39 million patents and publications from the EU, Japan, China and Korea, as well as 75 million more foreign full image and full English translated text of all IP5 and PCT Minimum countries.